Skip to content
Political AwarenessOur ArticlesVotersWe Need You to Vote

We Need You To Vote! 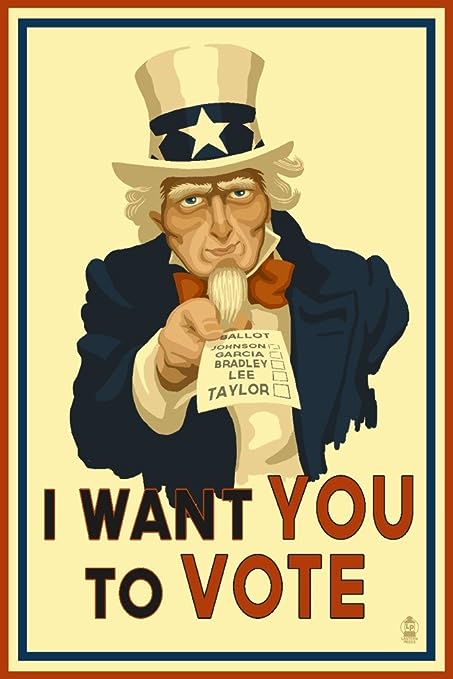 By Joshua Mandaglio  on March 30th

Voting has always been a way to give people a voice on topics or issues that matter most to them.  Early forms of Democracy have been around since ancient Greece, dating as far back as 508 B.C.E. In those ancient times voting was considered to be a way to give citizens input and a sense of solidarity. This is true today, but in recent years, voting has been an opportunity that has been underutilized.  In the 2014 midterm elections, voter turnout was approximately 20 percent — or only 2 out of every 10 people chose to exercise their right. 2018 saw a 16 percent increase in voter turnout. This was one of the largest increases in voter turnout during an off-year election. While the increase is sizable, it still translates to less than half of Americans — or less than 4 out of every 10– chose to have their voices heard when choosing who will represent them.  This is just one of many examples. It appears that voters become complacent and do not make voting a priority. In the 2016 presidential election, 138 million people voted. While that number seems impressive at first, it becomes disconcerting when you realize that number only represents a little more than half of registered voters.

Why do people appear to care so little about who represents them and makes the decisions that impact their lives ?

How do we encourage more people to come out to the polls and have their voices heard?

Here is how you can take advantage of your Civic Duty!

Why Voting is so Important: 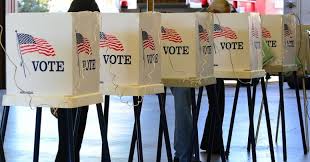 Voting is the cornerstone to democracy.  In the United States of America we vote to choose representatives to make decisions on our behalf that represent who we are as a people and the things we find important.  It is essential for every registered voter to make an informed decision to ensure that we are getting the competent public official you believe you are voting for.

By voting, you are doing your part to shift the direction of your country in a way that’s important to you.  Registered voters are not only voicing their opinions and values, they are securing a future and the future of others. While that sounds like a tremendous responsibility we as Americans have and sounds great on paper, based on the poor voter turnout it is obvious that stressing the importance of voting is not enough to get the public more engaged.

Often people find themselves so busy leading their lives that they may feel they do not have enough information to make a decision.  Perhaps many registered voters don’t have a clear understanding as to what the issues at stake are. We have to keep the public informed by giving them an easy way to learn more about the candidates who want to represent us and what they stand for. An important rule of thumb (and a recent popular catchphrase) is that all elections have consequences.

Debunking the Myths behind Voting:

The most common myth that is usually associated with Voting is that “My vote doesn’t matter!” According to VOX, a leading news website, they concede that elections are a poor way to hold politicians accountable. In general, we are too focused on trying to figure out why the wrong people are winning elections.  Instead of becoming frustrated and surrendering our right to vote, we need to become more informed to make sure the right people win. Granted it is not feasible to digest everything about a particular topic, but doing a little bit of homework and looking at both sides of an issue would allow people to make informed decisions. While your candidate of choice may not win, it is important to remember your vote does matter.

People often say their vote doesn’t matter.  Below is a link to show how important your vote really is.

Many people do not vote because they fear it may be too complicated.   Voting is a straightforward process.

WWW.VOTE.ORG is a great resource to use to make sure you completed all the steps to vote.

It provides links on how to register to vote, it takes less than two minutes to complete.

It provides links to check your voter registration to make sure you are able to vote.

It provides resources should you be prevented from voting for any reason , and lists a number that will guarantee you that you will be able to exercise you right!

Election Protection Hotline: 1 866-687-8683,  is a number to call should you feel that call you are being blocked from your polling site.  By calling the Hotline will provide you an opportunity to fill out a provisional ballot if necessary.

As an average citizen, what can I do to become informed and stay informed?

By making informed political decisions, you are doing a public service.

Some ways you can be politically informed

Where can I go to learn more about the issues that mean the most to me?

The best place to start exploring the issues that you care about is GOOGLE.  You may be amazed as to where your search will lead you.

Mr McDonough has been involved in Politics and the Entertainment Industry since 1988. He has worked inside Washington DC and with many political campaigns over the years. He hopes to make Political Awareness as force for non partisan real information and political awareness for all voters.