Voter suppression continues to be rampant as it occurred in states such as Georgia, North Dakota, and Kansas during the 2018 midterm elections.  Not so coincidentally, all of these states are considered republican “deep-red” states that have easily voted for republicans in the last 4 presidential elections.  Georgia was one of the most egregious cases of voter suppression during the 2018 midterms. A strong example of voter suppression was when Brian Kemp ran in the gubernatorial election in Georgia, in his capacity as Secretary of State, he launched investigations that specifically targeted minorities and ultimately purged many minority voters from the voting rolls. 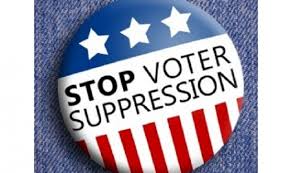 The ACLU had announced that there were 7 different states that had oppressive voter ID laws.  The Government Accountability Office (GAO), a nonpartisan group, had concluded that these voter ID laws suppress voter turnout by up to 3 percent. In some elections, that 3 percent could determine a winner.  There is an ongoing effort to suppress the vote as the evidence clearly shows by having voter ID laws it is used to target minority voters.

The election results for North Carolina’s 9th congressional district were not certified by the state’s board of elections because of allegations of voter fraud. After the initial tally, Mark Harris had won the congressional election by a slim margin.  After the election, it was discovered that Mr. Harris was involved in a voter fraud scandal. This resulted in him dropping out of the race. The congressional seat Mr. Harris originally won, went vacant for the better part of a year. Eventually, a special election was held to fill the vacant seat.

Fifteen different states have delayed their state’s primary or caucus due to the pandemic. Wisconsin is the only state that is going to have a presidential primary today. This sends a message that social distancing is okay only when it is convenient for us. Wisconsin chose to risk the health and wellness of its citizens as state officials have warned that this could cause chaos at the polls.  To make matters worse, the Wisconsin Supreme Court, where a majority of its members are republican, overturned a lower court order to delay the primary and ruled that the primary must go on as scheduled. Republicans in Wisconsin have asked the Supreme Court of the United States to block any attempt of extending the deadline for absentee ballots despite the fact that many residents claim that they have not received their absentee ballots yet. The United States Supreme Court, in a 5-4 decision, decided to block any extension for absentee voting in Wisconsin.  Justice Ruth Bader Ginsberg, in the dissent, stated that this decision would increase the amount of “disenfranchised voters”. Ultimately, Wisconsin is indeed disenfranchising a large group of voters by not allowing extensions for absentee ballots. This s voter suppression at the highest level. There needs to be more accountability and a crackdown on voter suppression in all forms as well as strict repercussions for those guilty. 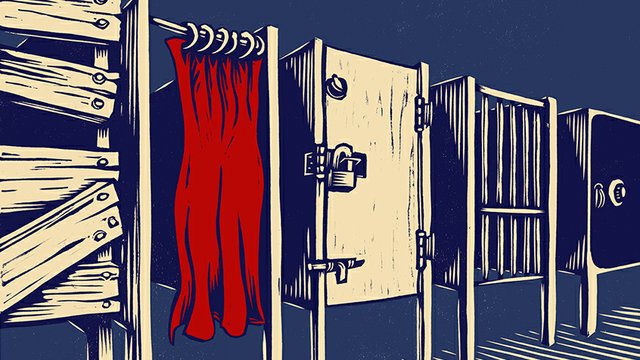 Mr McDonough has been involved in Politics and the Entertainment Industry since 1988. He has worked inside Washington DC and with many political campaigns over the years. He hopes to make Political Awareness as force for non partisan real information and political awareness for all voters.